Well, it’s been a long time that I should have written about this story but I’m sorry for that… I was getting lazy and I wasn’t motivate at all.

The thing is that I don’t want to forget my stories, so I decided to come back and share you my crazy story about that funeral ceremony when I was in Cambodia about (almost) 3 years ago. And plus, that was one of the reason I create this blog at the first sight. But it’s never too late, right ?

Before I joined my grandparent’s place

So first of all, I wrote you my journeys in Angkor here where I told you that I was staying more longer there in order to visit Siem Reap instead to come back with grandparents to Siem Reap. The deal, was to change my flight return ticket and stay one more week in Cambodia, so I could stay longer with my grandparents and they were ok with that.

Here is my story… I spent a great time in Siem Reap, I visited more temples that I never did before and everything was good and cool. And then I had to come back to Phnom Penh by bus, it was so long but I did it by my own and was so proud of me. But I was alone at night in Phnom Penh and it was scary because I didn’t where I was and there were only tuk tuk drivers. So I take one to get to a place where I had to join my friend before to go back to my grandparent’s place. Well, ok I had to pay 5 dollars and the guy didn’t even bring to the places I wanted. Whatever, I just was so glad to head in the city. So, the next day, I came back to my grandparent’s place and I was just happy to see them after a long road.

Well, that day was a regular day but not really.

That day, I wanted to surprised my grandpa 🙂 So I asked my grandma to help me buying a nice TV for him because they had the old TV (you know from the 90’s) and now it’s not even expensive and I could afford to buy one before I leave Cambodia. So that was a cool shopping day with my grandma and we were so excited to surprised him.

Few hours later, the seller brought us the tv and install it in their room. My grandpa was so HAPPY ! He said me thank you with a big smile 🙂 and was posing his hand on my shoulder. I was so happy to make him happy. I was glad that they are going to enjoy my gift while I will leave Cambodia.

During the night, I was so tired and I was so lazy that I just wanted to rest and stay at my room. But I heard my grandma and my uncle were talking about grandpa that he hurt because of his teeth and then I heard the car was ready to leave the house. I heard that they were leaving but I didn’t go downstairs.  I just stayed in bed…

I was saying to me “maybe I should I go down to see what happen” but the other side I was thinking “nothing bad is going to happen, maybe he will go to hospital and everything will be ok when he will come back”, so I didn’t wake up and fall asleep.

I knew that he had issues with his teeth, so I was just thinking that it was normal for him to go to hospital when he gets hurt.

Few hours later… Members of my family woke me up. And said to me that he died… I was like ” do I understand khmer ?” because the person who told me that, didn’t express herself like it was normal. So, I didn’t realize that because I didn’t see it. And then I saw my grandma and my uncle who were crying so hard. I still not understand. I was thinking that he was hurt or something like that, but not dead. I was like a little kid who understands anything what she’s seeing. I was lost. We were all downstairs at the living room and I saw everyone were moving out stuff from the living room in order to make the place empty.

And then, I saw some people who was bringing my grandpa’s dead body… I was shocked because first of all I didn’t want to believe it and then it was my really first time that I had to deal with the death and plus he was someone really important to me. It got hurt like hell. I swear that I didn’t believe it. But I cried because I saw everyone was crying. And seeing them crying, help me out to believe that he was really dead.

While they brought the body to our place.

At that moment, while they still moving out stuff from the living room, I understood that we were started to celebrate his funeral. And I was so mad at me that I didn’t go down to see him or didn’t head to the car to come with him at the hospital. And still I regret it so much…

How was the funeral ceremony?

Everything was unexpected for me. That was the first time that I have to live that and everything was so quick and everything was made to be a perfect ceremony of his death. My family is buddhist, so you might know or not, that we are praying all day and everyone is wearing all white outfit. I was so surprised that so many people showed up the day he died, like a lot of people came over just for him. I was so impressed that my grandpa was appreciated by so many people. His family, his friends were there and crying but help us me to be strong for my grandmother. He was loved, so his funeral was big and long. I don’t really remember but I think we spent like 3 days in a row to pray for him.

A death might be sad for you, but it wasn’t for me. I was sad of course that he left the earth but in an other hand, we pray for him. My grandpa was a good person who survived from the khmer war, he has been thought a lot and I just think that he left life being happy.

His ceremony was also convivial. We were sticked together for the same person who matters for us. We took almost all the street to install some buffet and tables in order to eat together.

After 3-4 days, it was time to put my grandpa in a coffin to incinerate him the day after. So when the day came, everyone was here even my mom, motos, cars to join us to the temple. Still we did the rituels before the incineration. And before the incineration, we could see him the last time and it was hard to see his dead body. Still, I wasn’t believe that he left.

But anyway, the cremation was wonderful as you can see in the images. Well he deserves this awesome ceremony.

After the incineration, we recover his bones and his ashes to dispatche in the river. And then we were ending with an another of rituals and prayers. His ceremony took places during almost more than a week.

It was really crazy moment but wonderful and that’s why I wanted to share it with you.

Also the one of the most important thing that I learnt is that work shouldn’t be the first priority.

Every members of his friends, family stopped working the day he died, and were there for him to celebrate his death. Some of my family working so hard everyday and make sometimes 5-10 dollars a day but they didn’t care, they stopped working in order to be there for my grandpa.

How wonderful is it ? That’s one of the thing, that we should think about in our mind. We do care about too much about work and forget sometimes the essentials. Cambodia changed me and made me think differently about life. After all of that, I think I become a better person.

See how crazy life can be ? I had to go back home a week earlier but before he died, I changed my flight ticket. I meant to be in Cambodia at this time for that reason. To see my grandpa, before he died and to leave just after the ceremony. I’m not a religious person but I believe in destiny. 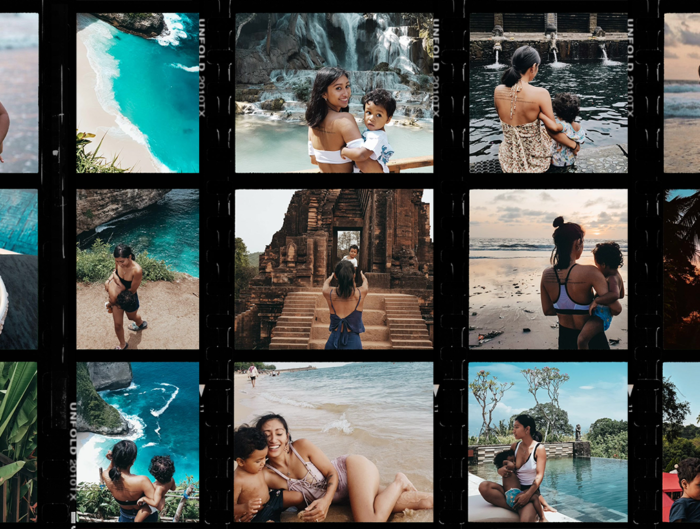 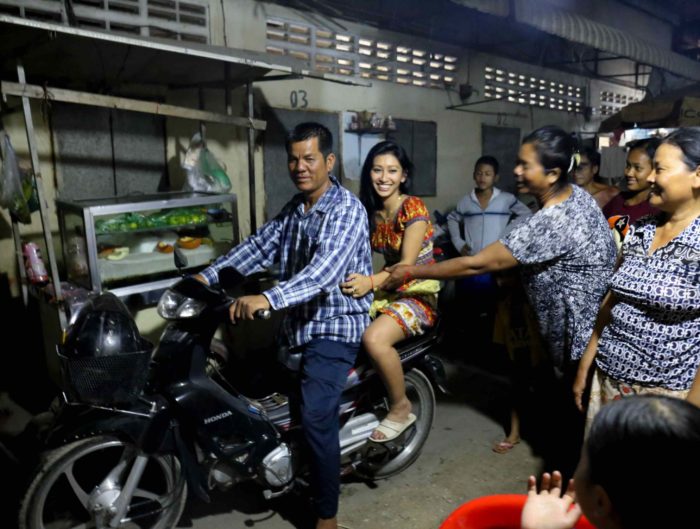